If my daughter Nola(6) does not grow up to be a zoologist, then maybe the sky isn’t blue, and the Pope is a Methodist, and bears migrate great distances to use Porta-Potties just outside the woods. By all accounts it would seem that she is destined for this profession. She has amassed so much knowledge about animals that there is apparently no room left in her brain for understanding the logic of say, putting toys away immediately after she’s done playing with them so the house will stay clean. Flawless logic; no brain room.

Recently she made up a game called “Animal Patterns.” It’s a note card of twelve boxes where she drew the skin and fur patterns of various creatures by memory. You have to guess which animal the patterns represent. Simple right? Fortunately for me I happen to be walking by after she finished the last box, which was fantastic because being blindsided by my surprising lack of intelligence is always a favorite part of my day.

I’ve numbered the boxes for those playing at home. Here’s my wonderful experience:

“Dad, want to play this game I made?!” Nola proudly asked.

“Sure!” I said, smiling with each step as I unknowingly walked further into a minefield of insecurity.

After she explained the game I dove right in. How hard could it be? She’s six. The only variable was that her artwork may not be good enough for me to see what she was going for.

[Box 5] “That’s a jaguar?” I wavered between that or leopard.

She nods her head. Two for two.

[Box 7] “Um…could this be an orca whale?” My confidence began to stutter.

I plastered on a smile. See ya later confidence. 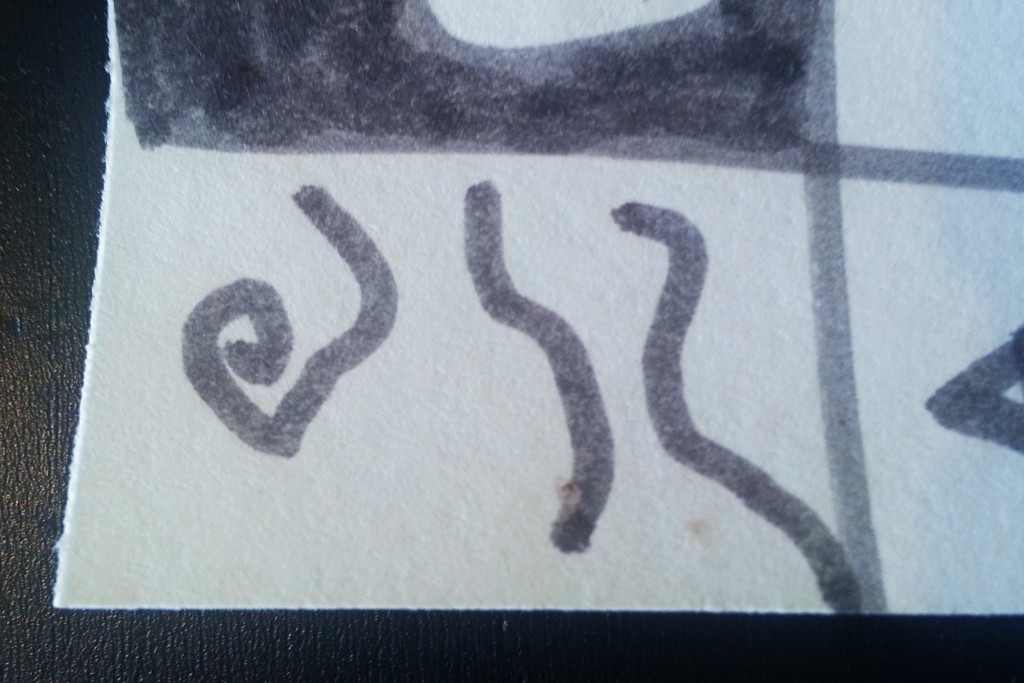 She could probably tell I was drowning. Something in my voice told her to put me out of my misery.

My hands flew into the air and I gave up on life just then.

To save you the googling trouble, below is an aardwolf. It’s as real as a parent’s illusion that they always know more than their 1st grader.

Of all the words in the known world, of all the words that could create sound waves in the air and grace my eardrums, I would never have guessed that the word “aardwolf” would be one of them. Let alone come out of my six year old’s mouth. And be a real thing. When I was a kid there were only like twenty animals discovered by science—mostly farm animals found in countless songs. At least that’s how many animals public school felt was necessary to teach me. Because when in my life would my position as a all-knowing father ever be challenged? Thanks public school, great forethought.

These twenty animals were the filter that I looked through as I approached this game. How was I supposed to know that my daughter would be diving into subfamily and genus classifications of species? Since I’m doling out ‘thank yous’, thank you Wild Kratts and PBS for that fun surprise.

After a thorough beatdown in animal pattern recognition by my six year old, and resisting the urge to ask her if she wants to arm wrestle to even the score back up, I walked away feeling much like an Orca dolphin out of water. People say that kids teach you a lot. I’m sure that is meant in an emotional, existential, and philosophical way as they help us examine ourselves while we work out the human condition.

But they also pick up on a crap ton of hard facts too. And it’s a joy when they decide to blow up your ego with a well placed knowledge bomb.

Answers(in case she asks you to play):

1: Wild Dog (I felt this was unfair, far too generic a pattern. Though I may have been trying to make myself feel better)

4: Zebra (stripes are more vertical than a tigers she says, I don’t question anymore)

7: Orca (which is a freakin’ dolphin)

9: Naked Mole Rat (the hint she wrote above is pronounced “weird”, and this is indeed a weird animal)